Negundo is an anagram for Dungeon, but it is also a fanzine of a mutant nature with the ability to regenerate itself with every copy. There is no equal duplicate of the zine since it is procedurally generated. Negundo is also the name of a black and ashy land, a place where the clouds swirl ominously over a tower made of bones.

The legend tells that one day a rift was opened in the sky. The colossal body of an old dead God fell down from the sky. The ground shook for years. What was once green turned black and the mountains gave way to a dead wasteland. For centuries, no one could get near the place. Those who ventured into Negundo became ill and died. Centuries passed. Only the bones of the titanic God remained on the land. And then the necromancer appeared. He raised a gigantic fortress with the bones of the Old God using ignominious magic. He hid himself inside the fortress to scourge the world of beasts thirsty for evil and blood. Adventurers of all kinds travel towards the land of Negundo, seeking to penetrate the fortress and destroy its terrible host. And so, to be remembered forever in the tavern songs.

What will you find inside this zine?

The Negundo zine is presented as follows. The cover, rules, reference and general map is a folded A3 and inside is a stapled A5 format booklet with all the rooms and corridors of the dungeon. It also includes monster tokens and characters to cut out and play straight over the pages of the zine. The whole zine is  procedurally generated with a program that creates between 32-40 page pdf with all the material ready to Print and Play. There are millions of possible adventure combinations.

The map of the dungeon is made of interconnected rooms and corridors. With four levels of depth until you reach a Boss room. There are areas that can only be explored if a key has been previously acquired. It uses a key-door system similar to the Zelda games. There are different types of keys: mechanical devices, magic items, enemies, npc, items required to destroy the level boss, trap triggers... There are a lot of options to develop interesting adventures.

Along the way the adventurers will find different icons of traps, loot, events and monsters. That will make the torturous journey in the dungeon more interesting.  Negundo is ideal for preparing a one-shoot session. I initially designed it to play a dungeon crawler board game using the ICRPG system.

The Negundo map can be used to play with any system. The squares of the rooms are 32mm. So it can be played with miniatures or the tokens provided in the zine if you prefer a more tactical system. You can also use it to play theater of the mind games, and use the squares on the map to take notes. Negundo can be used in many different ways. That will depend on you and your playgroup preferences. It is also ideal for playing solo.

The zine incorporates a very simple tactical game system in case you want to play directly without having to mess with your heavy manuals! 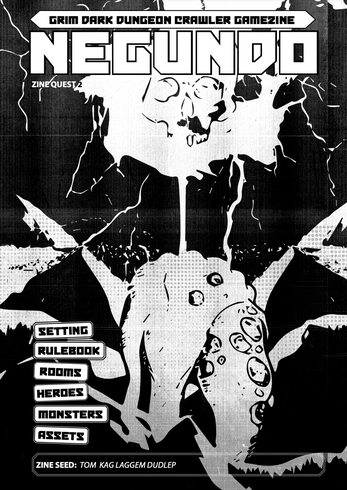 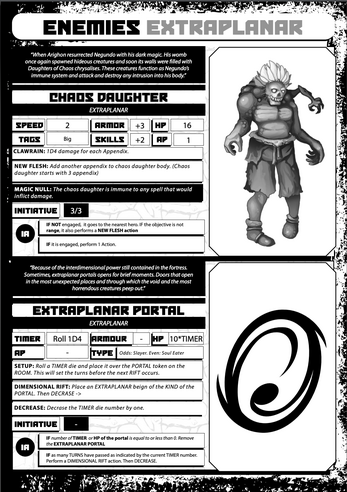 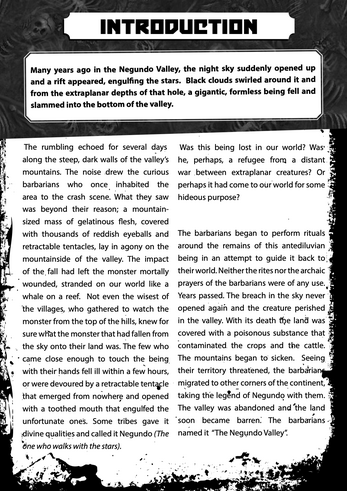 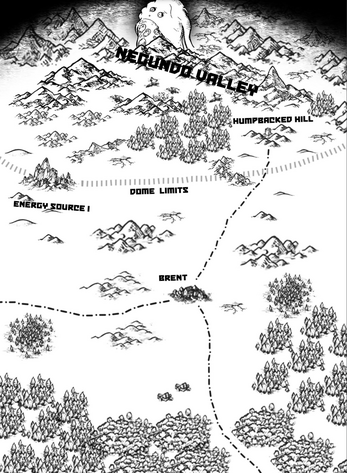 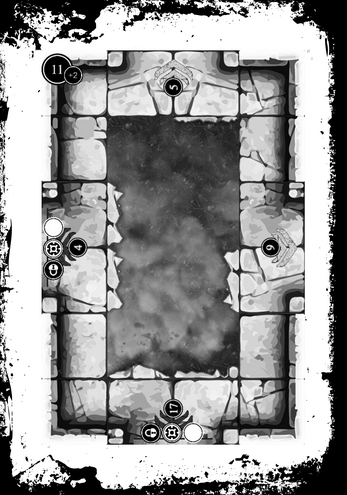 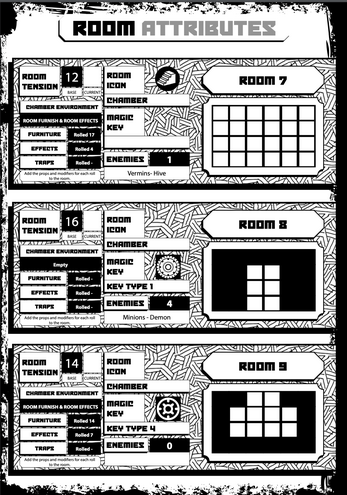